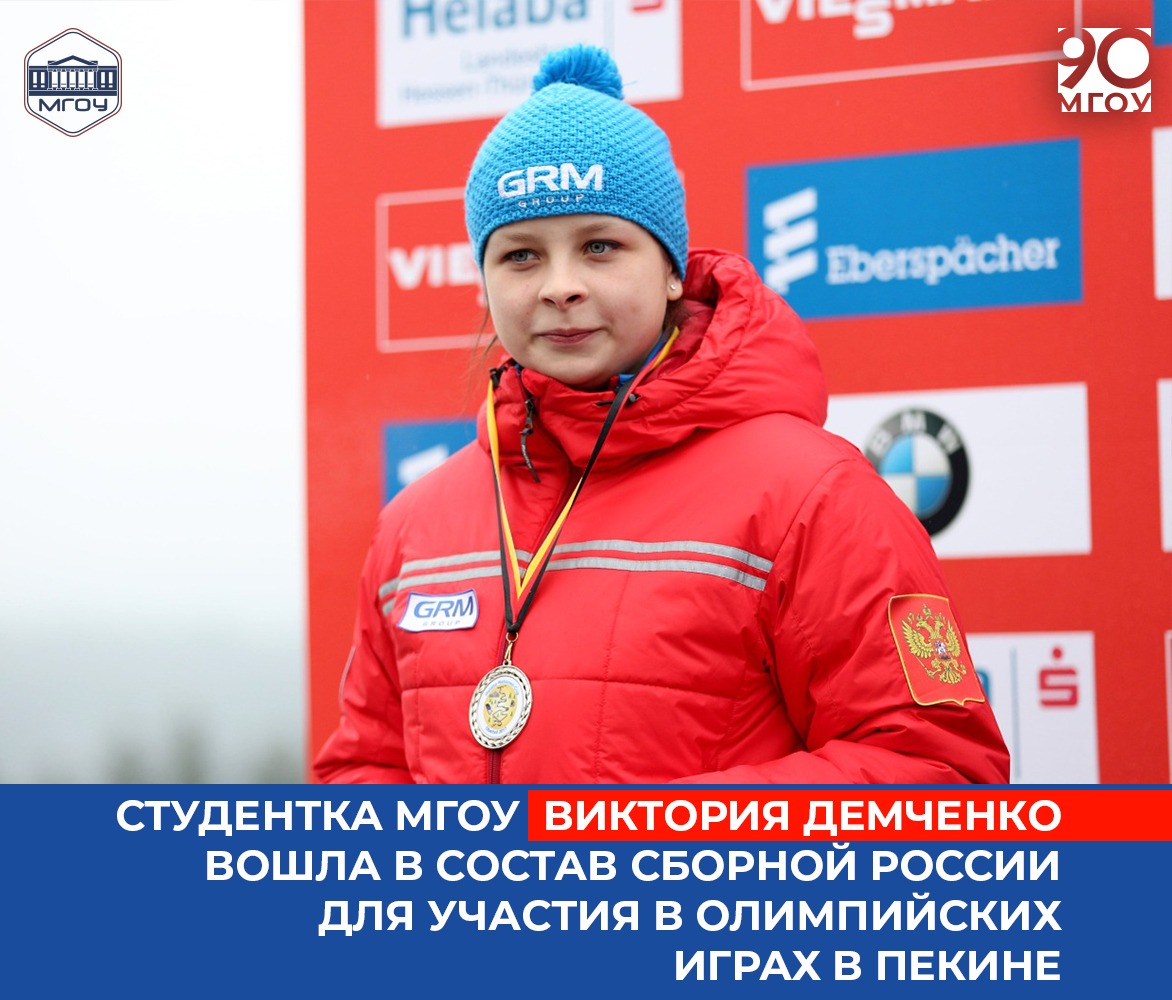 Victoria Demchenko a graduate student of Moscow Region State University will become a participant of the Olympic Games in Beijing. The competition will be held in the capital of China from February 4 to 20. The athlete joined the Russian national team. It was announced by the head coach of the Russian national luge team Sergei Chudinov. This participation was long-awaited for the student of the Faculty of Physical Culture of Moscow Region State University . That’s how Victoria Demchenko herself commented on this news: “I was already a part of the national team for the last Olympics, but 2 weeks before the games I received a letter that I could not go there. I hope this won’t happen again. In total, there are 13 sleds in the national team, 8 of them are going to the Olympics. Preparation for the competitions will take place as usual. We congratulate Vika and wish her good luck at the Olympic Games! We all support our team!