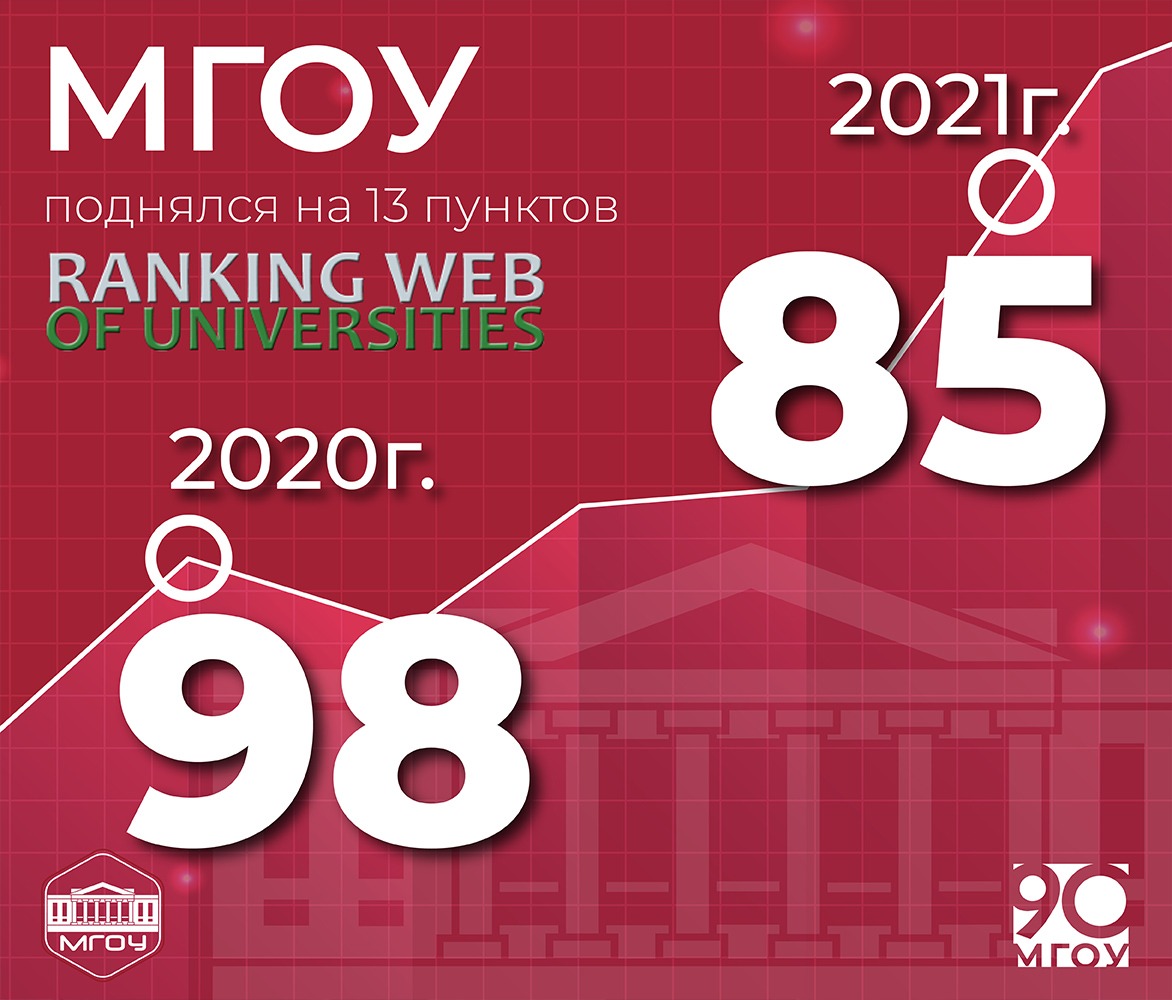 Moscow Region State University has risen from 98th to 85th place in the Webometrics ranking. A total of 1071 universities took part in the study.

The Webometrics international ranking of the Higher Council for Scientific Research (CSIC) compares universities according to the degree of content of their official Internet sites, the quality and uniqueness of the content, and material availability.