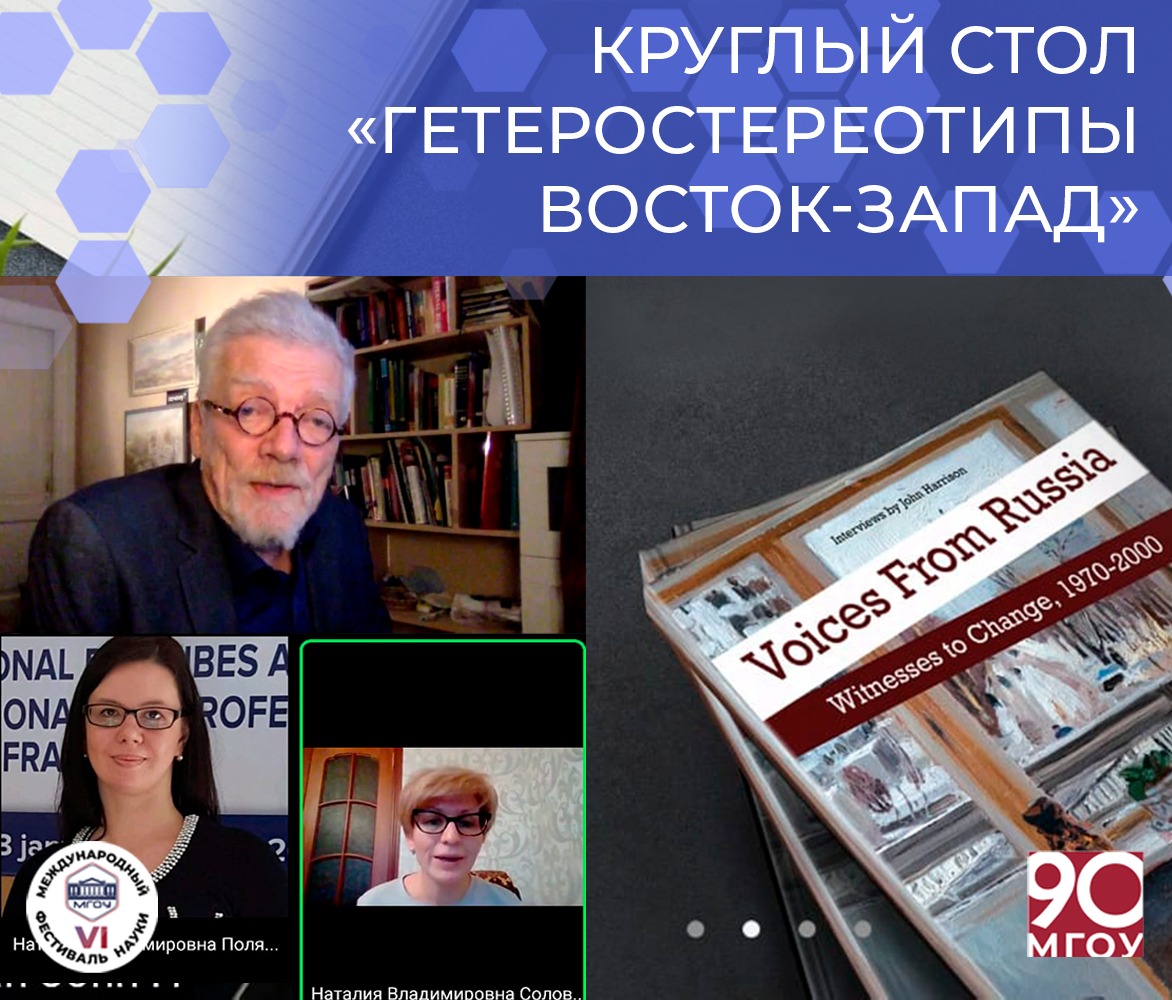 On February 17, 2021, as a part of the VI International Science Festival, the Department of English Philology of the Faculty of Romano-Germanic Languages of Moscow Region State University arranged a round table “East-West Heterostereotypes”. Its main topic was the discussion of the stereotypical perception of Eastern and Western civilization.

The Dean of the Faculty of Romano-Germanic Languages, Veronika Shabanova, addressed the participants with a welcoming speech.

The moderator of the round table was the senior lecturer of the Department of English Philology of our University, John George Harrison. He lived in Russia for more than ten years and studies the problems of the relationship between language and culture, as well as the acculturation and influence of Russian culture on representatives of other cultures. John Harrison regularly gives lectures at the All-Russian State Library of Foreign Literature named after M. I. Rudomino and is the author of numerous articles in international publications: The South China Morning Post, The Moscow Times, Urban Land Institute, Euro Property.

The topic of Mr. Harrison’s speech was the problems of the dialogue of cultures: Russian and British. In particular, the dynamics of changes in existing stereotypes and ways to overcome and destroy them in the process of intercultural communication.

The discussion was attended by students of the 3rd and 4th years of the Faculty of Romano-Germanic Languages, studying the course of linguoculturology and introduction to the theory of intercultural communication, as well as faculty teachers.